The curtain wall originated with the introduction of frame construction (first steel and then concrete) which freed the building envelope from any load-bearing function. It was successfully tested mostly in industrial buildings (see the 1903 Steiff factory with a double glazed cladding), but also Le Corbusier fully developed it in buildings with metal skeleton such as the Swiss Pavilion at the Cité Universitaire in Paris (1930-32) and the Maison Clarté (1930-32), it was named pan-de-verre.
A further impulse to this system occurred with the evolution of the American skyscraper. Notable examples built after World War II were the Lake Shore Drive Apartments by Mies van der Rohe (1951), followed by the Lever House designed by Gordon Bunshaft of Skidmore, Owings Merrill (1952). The Alcoa Building by Harrison and Abramovitz (1952) was cladded instead with convex aluminum panels, a solution that had already been used in Europe by Jean Prouvé at the Maison du Peuple in Clichy in 1937. The building in Mozart square in Paris (1954) also by Prouvè, represents an evolution of this type of experimentation.
Modern comfort asks for an effective control of indoor climate, a necessity increased by the contemporary tendency to create more transparent and lighter building shells. Once given up the idea of delegating the indoor climate control only to mechanical systems, the external facade has acquired in recent decades an increasingly important role in regulating the relationship between inner and outer environment. In addition to the double glazing and the use of increasingly sophisticated glass types, the façade acquires new functions, it becomes a usable space where to locate solar panels or ventilation systems that maintain a balanced indoor climate. The façade designed by Riegler-Riewe in Baden is a good example of this research. The entire southern facade is made of large solar collectors. Heat transfer hoses are integrated into the supporting reinforced concrete façade. The façade is insulated on the inside and glazed on the outside. Between the glass and the concrete, the facade has a rear-ventilated intermediate area. Thermal energy is transferred to the northern facade where reflector plates heat an outer interfacade space.

Jean Nouvel’s achievement was to harmoniously combine 1,200 m2 of exhibition space with six floors of office space and nine floors above ground. Large, flexible areas are made possible by the structural beams which span sixteen meters without intermediate columns. With the extension of the glass facade in specific edges of the building, there is a fusion of interior and exterior spaces. Behind this transparent wall, a cedar of Lebanon planted in 1823 emerges from a monumental flower pot. Acting both as windows and mirrors, the glass walls allow the spectator glimpses of the works exhibited, or reflect the drifting clouds and the urban environment. As a result, the building is in perpetual metamorphosis. The 8 meter high sliding windows, that separate the gallery space from the outdoors, are entirely removable in the summer.
Angela Bertiato – Christian Schittich (ed.), Atlante del vetro, 2003

The project is situated on the right side of the mouth of the Urumea, on land reclaimed from the sea. The International Congress of San Sebastian is composed of two huge glass cubes. The same architect describes it as a “stranded rock” next to the Cantabrian, some areas of 7,000 m2 connected underground, sheltering in their bowels two multipurpose auditoriums, an exhibition hall, a restaurant and parking. The Kursaal is composed of two large translucent glass cubes deformed and oriented with respect to Mount Urgull in the west and the Ulía in the east. These blocks, with their unbalanced geometry, seem to assume the scale and nature of the bay. The construction is resolved with a metal structure that leads to the formation of a double-walled complement, interior and exterior, with a block of laminated safety float glass and sandblasted.
Elena Rampin – Thomas Herzog, Roland Krippner, Werner Lang, Atlante delle Facciate, 2005

The project idea corresponds to a strategic vision for the enhancement of the places on the edge of the city, already destined for industrial and service operation in complex and highly significant, even symbolically as a manifestation of political sensitivity and attention to environmental issues, multicultural and recovery for public use of an entire urban sector. In the area of ​​intervention are placed for the supply of energy services, the collection of used tires, the reservoir, the facilities for the disposal of waste, equipment for the network gas distribution and widening existing incinerator, further comprising an office building and cultural museum, a recycling plant and the ecological park .
Andrea Bocola – The Plan Sustainability, The Plan, 2003 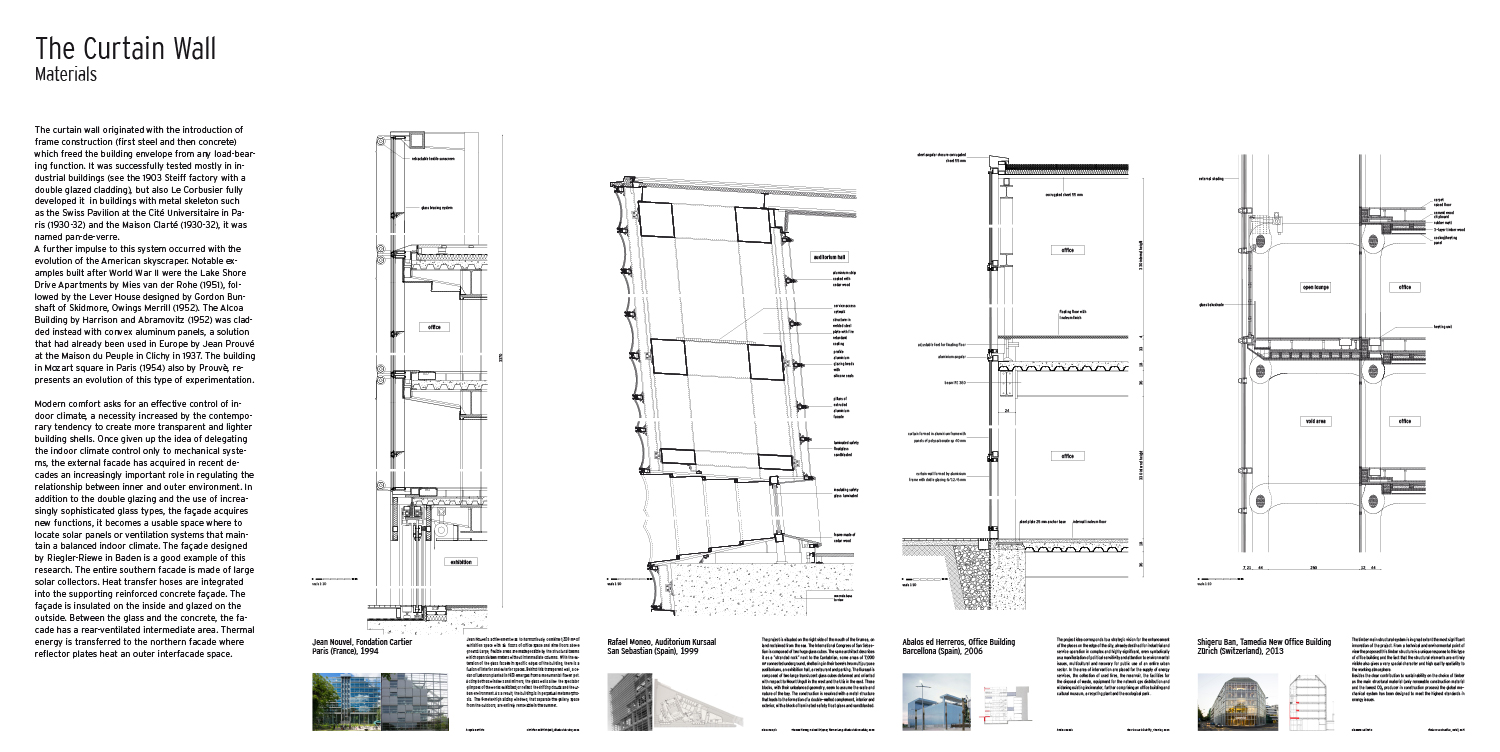