“It should be noted that the more walls rise and extend upwards, the more they decrease in thickness…. The exterior recessed part shall be covered with a fascia or a cornice that wraps around the entire building: this will be an embellishment as well as a binding element for the whole building.” (Palladio, Four Books).
Good architecture does not tolerate a distinction between structure and ornament. Construction itself indicates the correct position of decorative elements within the building in order to obtain a precise plastic effect given by the play of light and shadow: the moulding. The modern notion of structure, introduced at the end of the 18th century, determined the split between structure and decoration, a split the 19th century sought to mend introducing the notion of tectonic, an expressiveness linked to the technical forms of construction. The construction is concealed by the cladding but the cladding evokes by analogy the forms of the inner core. At the end of the 19th century the attention paid to the concept of space – a consequence of the split between building core and cladding – got architects more interested in the modelling of the building volume rather than expressing its construction, the silhouette, the openings and mass chiaroscuros, the flatness of surfaces, the reduced variety of materials used. The shift was from tectonic to texture, from iron to reinforced concrete, from the building as an assembly of parts (Fugen) to a monolith. Tectonic and montage need joints and details; the opposite logic tends to an architecture of no detail, towards a one material and continuous seamless surface. In 1994 Ben van Berkel proposed to redefine the notion of detail, devising a compositional strategy that expanded the semantic scope. It is quite significant that to him the concepts of detail and ornament overlap, giving the impression that they are even interchangeable. “The idea of ornamentation had long been discarded, but that the notion of articulation has been abandoned too, comes as a shock.” Attention to detail means linguistic articulation, expressive extension, true exercise of building craftsmanship. The lines marking the cladding of the Electricity Substation in Amersfoort (1993) are an example of how string courses, mouldings and cornices belong to a code that makes the building perception more complex, both in compositional terms and in relation to the context.

This building is composed by four floors and a basement where there are the garages. Watching the global composition, living and sleeping room, divided with a stairwell, present different heights, first is 3,06 m instead the second one is 2,46 m creating a staggered floor. Architectural system is composed by brick with perimeter supporting walls made with cinder blocks realized with diluted concrete and covered with a second skin of facing bricks (creating a sort of air cavity), floors, stairs and stairwell made in reinforced concrete. All the internal walls are made of plasterboard rib covering little beam of wood, this is in order to give the tenant more possibilities to change the flat as necessary. Curbs which divided each floor are realized in manufactured concrete.
Gianmarco Visentin – Andrea Deplazes, Constructing Architecture, material processes structure, 2005

The substation in Amersfoort is an almost completely sealed container whose main function is to protect three electrical transformers (50/10 kv). The main external features of the building follow the characteristics of the site where it is located, while the interior plays a minimal role in the design.
The polar division into two interlocking volumes is accompanied by the difference in claddings. The comparison between the two facade planes refers to the invisible transformation process of electrical currents, which is underlined on the use of different coating materials, basaltic lava and aluminium.
The continuity of the surfaces are broken by patterns in wood and steel that better refine the surfaces.
Fabrizio Bozzato – Joan Busquets, Ben Van Berkel architect, 1992

The task was to design a summer/winter house in a remote landscape in the most southern part of Chile: a volcanic site, with 157 in of rain every year, strong winds and a lot of difficulties to bring materials to the place. The architect started taking as less risks as possible; he began with a double sloped roof, then extending one slope or the other until touching the frames on the perimeter, looking for the views, but trying to avoid the winds. If the windows were framing a vertical element, like a tree or a path in the forest, then they had to be narrow. If they were framing an horizontal view, like the lake or the volcano, then they had to be flat. The same principle of “seeing and avoiding” also explains the layout of the first floor plan. The ground floor contrasts with this, being a sturdy regular box, earthquake-proof.
Giada Amelio – Material: Architecture in detail, The Plan, 2008

The building spans 20 floors with a commercial area on the ground floor and offices on every other floor.
The feature of greatest impact of the project is in the front, you can see the coincidence of the structure with the shape so pronounced as to make the language of the repetition of a module.
It has been designed so that it can be repeated in different contexts. Moura uses mainly glass, steel beams and a type of local granite; materials and designs mirror the schedules create some interesting play of light and shadows.
The north and south facades benefit from a generous glass, whose panels are divided by metal sections arranged horizontally, a mirror in the east and west elevations feature large stone surfaces separated by narrow openings.
Isabella Mazza – Luis Fernández-Galiano, Souto De Moura, 2011 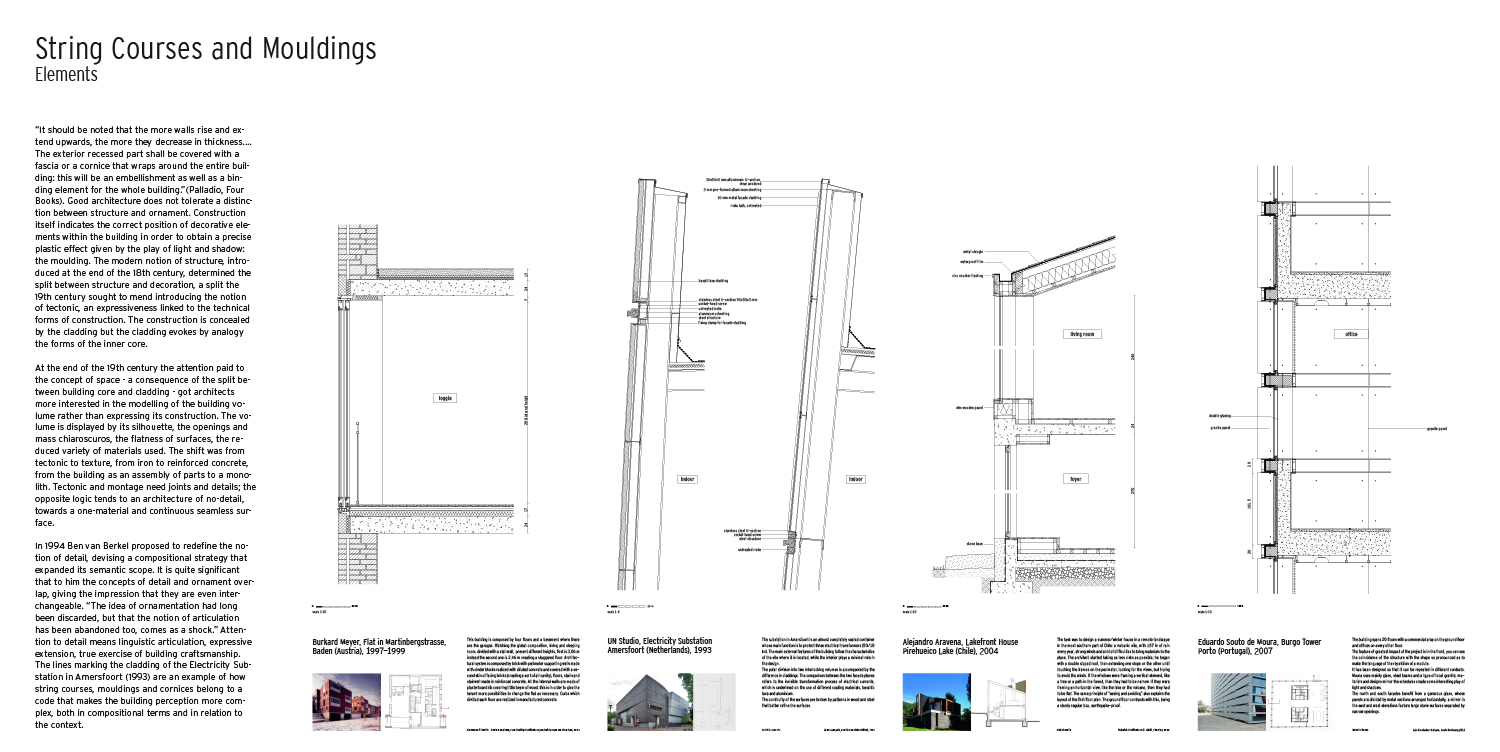