The Restoration Design of Mater Misericordiae Church
The restoration of the church of Nostra Signora della Misericordia in Baranzate sets out to re-establish its image, adapting it to the requested functions and comforts while taking the building opened in November 1958 as its point of reference. This project is the rewriting of the same work by the authors, joined by other designers they have selected: a very particular condition of restoration that suggests redefinition of the term itself. What remains of the original building inside that of the present constitutes the indispensable thread to be followed in this work, alongside the iconography found in the drawings of Mangiarotti, Morassutti and Favini, and in publications, but in this case documented in an extraordinary way by the photographs of Giorgio Casali, taken together with the designers starting in the worksite phase.
In our design work we have identified the indoor-outdoor diaphragm as the feature that embodies this dialogue. The walls and the facades, the layers between the floors and the existing structure or the terrain, are seen as the only possible places for the new installations and new constructive elements. The shift between the old and the new happens in the space created inside the border, inside the layers of material. The perception of this architecture happens from outside the material. This is an interpretation of restoration that questions the difference between true and plausible, which at the same time resides in the materials, inside the construction. For the whole architectural complex, first of all this has meant conservation of the structure and of the building as a whole, also with the transformations imposed by uses and circumstances, adding new spaces only where it is truly possible. For the new facings, this has meant patient, careful sampling to find the degree of imitation of the original with new materials in pursuit of the necessary perceptive result, to suggest the effects of the original facade in the absence of the plastic insulating material crossed by the light. A game enlivened by light, organised in the layers and characteristics of the glazings, carefully balancing the materials to obtain an effective possibility of reflection, refraction and opalescence, constantly varied, multiple, multiform. 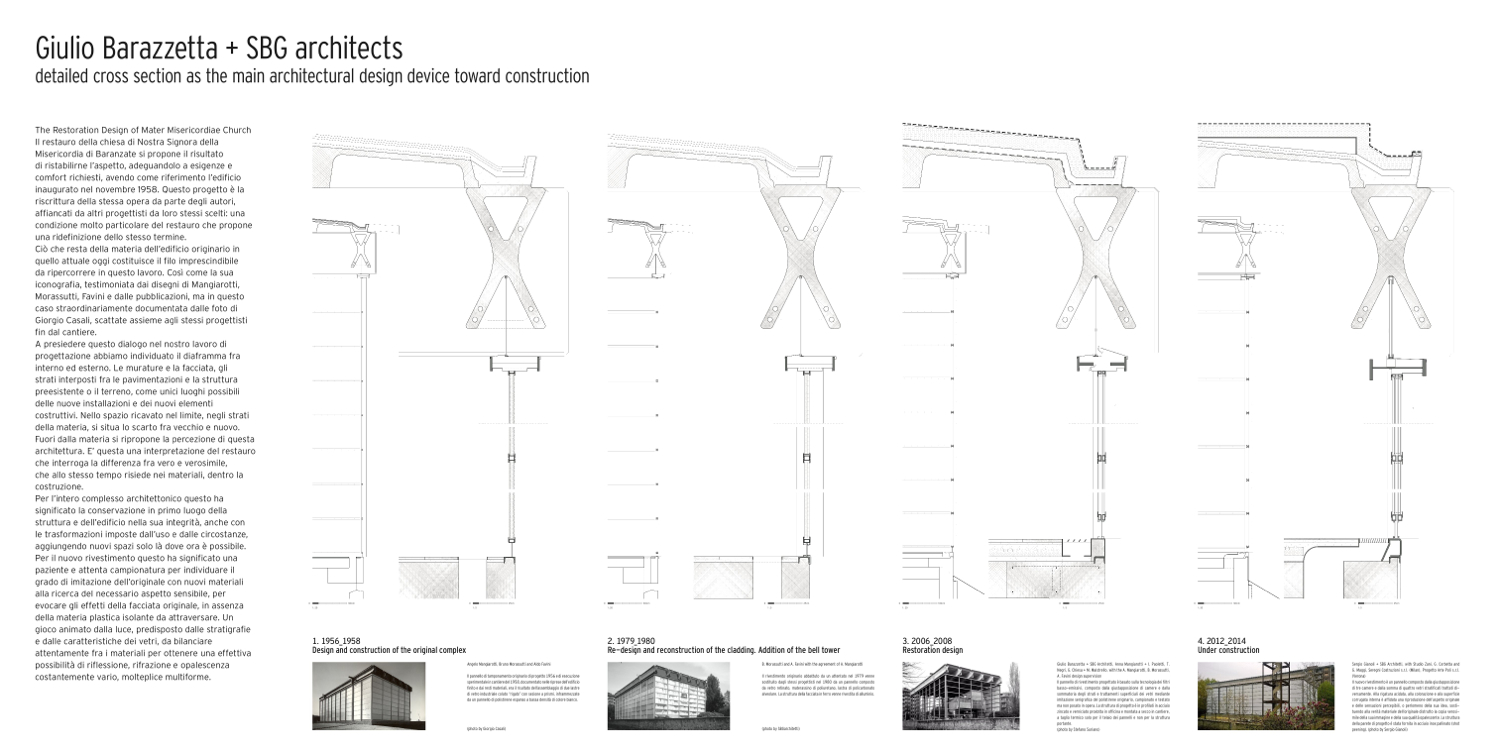