Der liebe Gott steckt im Detail – the research of Aby Warburg is epigraphed and condensed in this words. Opening the door of this house an entire invisible world will appear to us.
An excitement that happens transversally in many disciplines, connecting scholars who look at some revealing details and others who, actively design those same details in a dialogue which continues thorugh times.
The recent discovery of a copy of the Maometto book in the Bologna library enlightens some scholars’ intuitions, where the structure of the “Divina Commedia” was moulded on that book, when there was no proof of Dante’s knowledge of the book at the same time tracing a dialogue through time between the experts of Dante’s studies and the Poet’s intuitions and work.
Hidden but revealing, details for us are the necessary and sufficient solutions to tie together the different scales of design, the material culture of the places, the economic scapes of the project and time, the latter translated in terms of speed of consumption and duration.
Details are mediums to the meanings of design and their being silent and invisible in favor of the overall estethics of a space where the user doesn’t want to be disturbed by a fussy exhibited solution can be considered a genuin engagement of the responsibility to house God.

The building is a graft in the complexity of the Venetian urban system facing Piazzale Roma, the car entrance space to the city of Venice. It is, at the same time, the ‘infrastructure’ which bridges an existing 19th century factory to a contemporary use. The dimension of the building is measured on the huge void of Piazzale Roma facing the bridge of Santiago Calatrava, on the opposite side. We work manipulating the program, the typology, the scale and the matter. The new program proposes a hybrid typology being, at the same time, a building and an infrastructure. The second topic is related to scale and typology. Facing the urban skyline of Piazzale Roma, the simple and compact shape of the new volume, is a distorted contemporary teza, either in plan and in section, which connects the skyline of the multi-storey parking lots to the smaller Venetian urban texture. About matter, thanks to the use of pre-oxidated copper, which in Venice represents institutional buildings, we investigate and incept the action of time in architecture. The building is turned into a big roof, a shadow, in equilibrium between history and contemporary.

The design of the student housing in the former Fiat area in Novoli, Florence, focuses on the public space. Despite the double courtyard layout, the building is far from inward-looking. A covered square has been created between the two plots. This square is “a city gate”, that cuts crosswise through the block, a space for communal activities, as well as access to the students’ lodgings and the canteen. From the entrance hall it is possible to reach the study rooms which are open, as the canteen and the courtyards, to the whole students’ community. Opposed to the open and coloured public spaces, the exterior facades are designed to absolve their civic role. The continuous reinforced concrete base, grey wood shingles and glass-brick band are silent, evenly coloured, unbroken surfaces while the detail design is loaded with positive vibes and nuancing. They translate the masses of the typical plots of the city of Florence. It is here that the building reveals its hidden secrets: how the elementary mass visible from the street is indeed a complex structure, whose plan and elevation layout generates a variation of vibrating spaces.

Folding and manipulating the ground and manipulating and unfolding the matter, an infrastructure is turned into landscape design. This project aims to give shape to all what is marginal and unseen such as systems and installations. Located in the Nortehrn Lagoon Park north of Venice, on the southeastern edge of Sant’Erasmo island, the new water filtration plant is part of the general urban and environmental requalification. Four parallel walls, one meter thick, built in reinforced concrete colored and pigmented with the soil of the island are constructed as rough, untreated surfaces shape the space. The process of concrete disactivation is used to merge architecture with landscape instigating the process of the subtraction of materials as an investigation of how times interacts in the built environment. The spaces between the concrete structures are closed by full-height wood-made panels to be opened in the areas used for unloading of dust. The red concrete walls also serve as basic structures for the design of the landscape.

The school is divided into two sections, hosting 10 classrooms for 250 students. The building is porous. It allows the territory and the light to flow inside the spaces.
A glazed facade, facing the South-West side, opens the view on the sorrounding countryside. The walls which separate the classrooms from the corridors are opaque only for the first 120cm and glazed on the upper parts. This condition enhances the intervisibility from the outside space and among the inner spaces.
The intervisibility is also emphasized by the visual connections between the different levels, thanks to the double hight designed for the main entrance and to the design of a glazed ‘lantern of light’ that is suspended over the library, which gives character to the school entrance hall. The library is the core of the project, and it has been thought as a new urban node for the community, since it is kept open after the school hours. 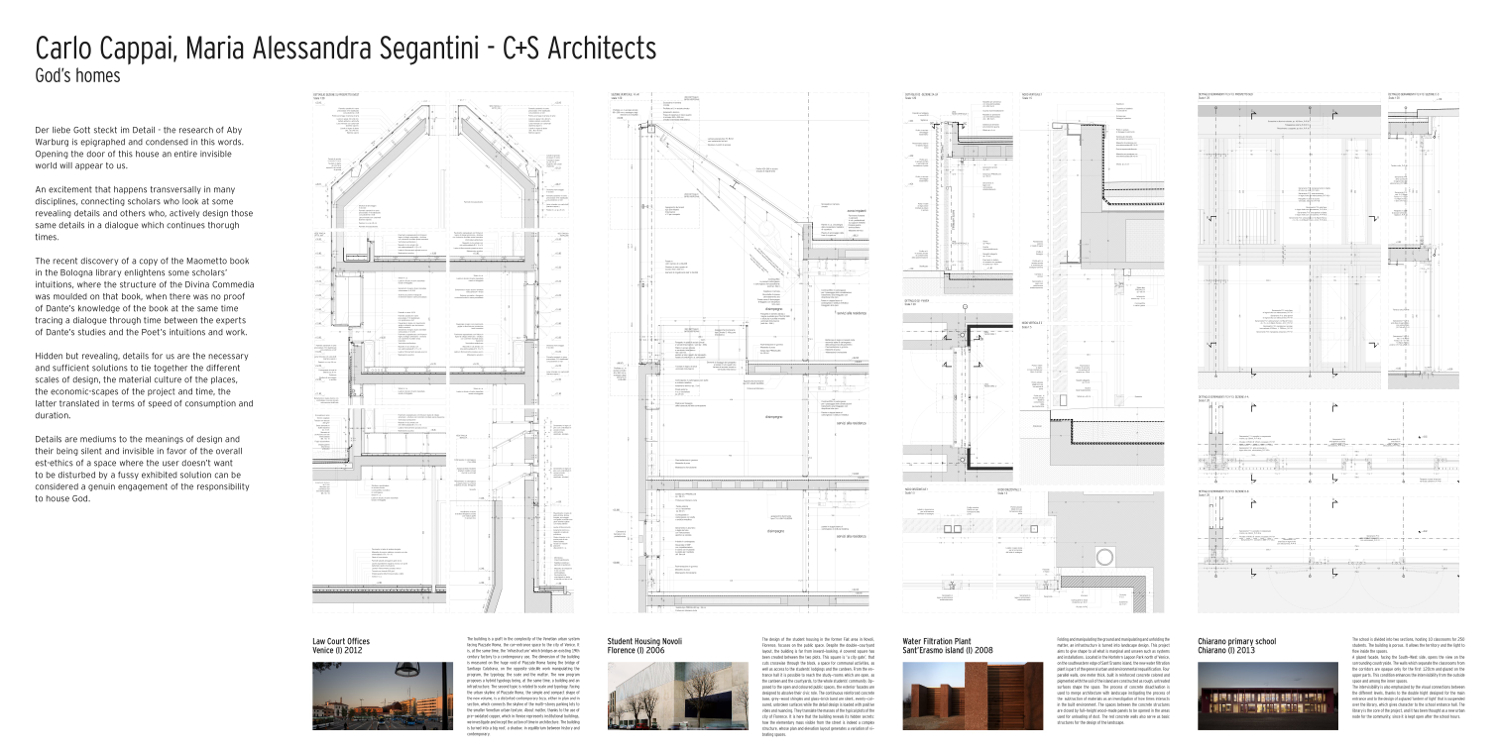