Bevk Perović arhitekti – The detail and the project

In the “beginning” of the project, there is a concept, just an idea – more or less strong, more or less weak – the architectural project appears through its articulation, and one of its key elements is the detail.
The detail “enables” the project – it allows it to exist within the “reality” of its universe.
The detail defines the “material value” of the project – it allows the materials to “become” themselves, through an almost “alchemical” transformation of design.
The detail “describes” the project – in its (often inevitable) minuscule scale it “contains” the principal thoughts that pervade the project as well.
The detail is not so much about “technical” – which implies generic, but about “technique” that leads to specific, particular.
Detail should not be ornamental, it should capture the essence of the project.
We cannot “observe” detail without its relation to all other aspects of the project – a “cloud of conditions” that determine it – the programme, the location, its surroundings, the budget, possible available technologies, even the psychology and obsessions of the client, or even the architect – detail is somehow “descriptive” of all of those.
The importance of “right measure” is essential to detail – it should be precise enough to define the project, yet unobtrusive enough to allow for unencumbered perception of the project.
Detail is – finally – like a thread on a suit, at first sight an unimportant and minuscule element, that finally “holds” the suit – both literally and metaphorically – together.
Detail – as such – does not really exist – it only exists in relation to the concept of the project.

The project became an exercise in organisational simplicity of the interior plan: on the ground floor, an insertion of a staircase slightly off-centre into the plan of the small living space effectively divides it into four distinct zones: access, kitchen, living/dining area and a workspace. The rooms exist and evolve around the column like staircase in a simple sequence of different widths that defines them, simultaneously independent and fluidly connected. On the upper floor, the staircase divides the attic space into two separate tent, like volumes, the parents and the kids room, which both overlook the neighbourhood through elongated, slit windows, lowered to the level of the beds. The exterior of the house, in contrast to its older neighbour, is clad in black extruded aluminium profiling, reminding one of the black wood clad buildings of the past. By turning the profiling inside out, a sense of precision of the project is achieved, the thinness of the profiling giving the whole building a sharp, monumental appearance.

House R is a weekend house, located in the idyllic Alpine area near the picturesque Bohinj lake. It stands in the protected conservation area, on the spot where an old house used to be, and – due to strict regulations – follows the contours of the preceding structure.
The project tries to deal with the notion of “temporary” occupancy (as it is only occupied on weekends and during holidays) by merging the traditional model of the house with that of a “container” – the new alpine wooden house looks, when unoccupied, like a large wooden box – a hay storage or a barn, devoid of windows and doors.
The elevation of the house is comprised of a series of larch wood panels, all done in pre-patinated silver gray stain that slide open to “reveal” the house as it becomes occupied on weekends or during holiday season. Once the owners leave on Sundays, the house returns to its mute, prototypical barn-like form, at first sight a “prototypical” house-shape gets animated, making the structure simultaneously traditional and contemporary.

Apartment building Prule is located on the riverbank of Ljubljanica river, in a protected neighbourhood of urban villas from 1930’s , bordering the centre of Ljubljana. It replaces an older structure, a villa that once stood on the site.
The new project, conceived as a “stack”of three large apartments, builds its character on the duality of two conditions: that of a river bank in the front, and the dense city fabric on the back. The spaces of the apartments are therefore divided into two stripes, running parallel to river and city structure respectively, with the “middle” zone devoted to services. The front stripe – a living zone is complemented by the back stripe, fully flexible bedroom area.
Entirely constructed in cast, exposed concrete, the building ‘wears’ its structure on the exterior – its exoskeleton fully exposed to the views.

Six apartment blocks are situated on the “edge” of the city, the last buildings of the city – facing the open fields on one side, built city fabric on the other and busy railway tracks interchange on the third side. Each building contains 13 apartments, very modest in size. The balconies are “pushing-out” of the building volume, so as to achieve certain “openness” for the otherwise very small, minimal units. By being suspended on metal cables, they retain the idea of “industrial” iconography of the nearby railways. The railway theme is further carried out in the ferroxide red colouring of the fibre cement panelling of the elevation, which uses plates in their exact production sizes that are only cut to size when facing the opening, creating an effect of controlled randomness of the whole. The super-enlarged attachment plates – 80mm natural anodized aluminium discs – used to attach elevation panels to the substructure, positioned so as to follow seemingly random sizes of the panels, shift the primary perception of the building volumes towards the idea of skin wrapping of silver dots. 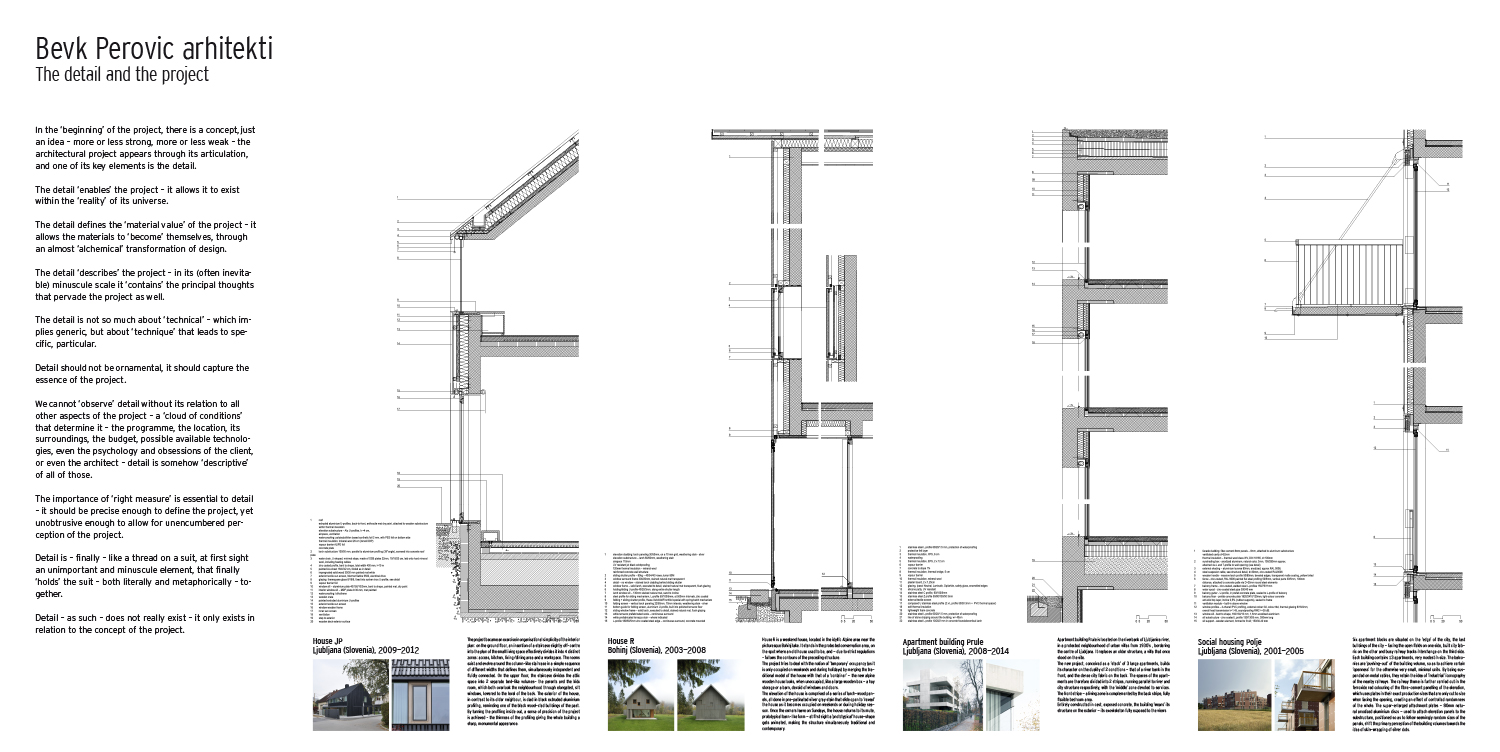